Enter the haunted world of the classic television series. Become one of the residents of the Collinswood estate, and confront the endless mysteries that surround the Collins family.

SunlessNick wrote: ↑Sat Oct 16, 2021 8:53 pm
Maggie will take a turn dancing of course. "Have any boats gone missing?" she asks in response to the line of conversation between Vix and Burke.


"Not that I know about. It would be pretty hard for that to go unnoticed."
Top

Meanwhile, the two dance partners of the women toss in what they know about Rumson. It seems that he pays old man Fredricks, the pilot of the supply boat, real good wages. They've been thinking about signing up to go with him.

"Try to wrangle me an invitation to his fabulous mansion," shouts out the eavesdropping Carolyn. "I hear he throws some pretty wild parties."
Top 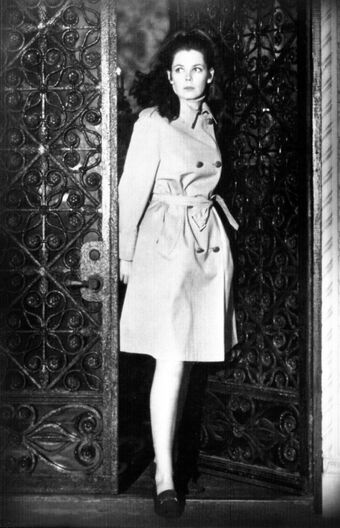 "Oh, he does?" says Victoria. "If you do sign up, do you think you can get me and my friends invited to a party there?" she asks her dance partner.
Doctor Who/CoC Campaign:
(viewforum.php?f=176)The Terror Out of Time
(viewforum.php?f=191)]The Ninth Planet
The Shadow Over Dunwich
The Brotherhood of Death
The Horror in the Blackout
The Masque of Nyarlathotep
Top

He shrugs. "I can give it a try. I'll talk to the old guy who runs the boat up there in the morning."

The next day, word comes back that the two workers at the Blue Whale last night have been hired by the boat owner. It takes a while to fill the vessel with plenty of supplies, from the basic to luxuries. The two women probably have a chance to watch the loading, while in town at work or on errands. The deliveries tend to take place quite late in the afternoon.
Top

Maggie will be there, work permitting.
Top

Victoria will also be there, provided she's free.
Doctor Who/CoC Campaign:
(viewforum.php?f=176)The Terror Out of Time
(viewforum.php?f=191)]The Ninth Planet
The Shadow Over Dunwich
The Brotherhood of Death
The Horror in the Blackout
The Masque of Nyarlathotep
Top

Both women have sufficient free time to witness the loading of the vessel. The supplies consist mostly of fresh and frozen foods, with a wide variety of dry goods as well. The two dockworkers they met at the Blue Whale are doing the loading. They wave to the women. One of them says to the older man who is the owner and pilot of the boat, "How about takin' on a coupla stowaways, Pop?" He makes no reply.

The boat is equipped with large forward searchlights that enable it to safely navigate the waters between Collinsport and Little Windward Island. It can be seen that name of the boat is Santo António de Lisboa and that, despite its clean, modern lines, it is decorated with hand-painted images of crosses and fish.
Top

"What a nice boat," says Victoria. "Portuguese, I see. That's a good sign. The Portuguese are well-known as skilled navigators."
Doctor Who/CoC Campaign:
(viewforum.php?f=176)The Terror Out of Time
(viewforum.php?f=191)]The Ninth Planet
The Shadow Over Dunwich
The Brotherhood of Death
The Horror in the Blackout
The Masque of Nyarlathotep
Top

"Thank you, I'd like that," says Victoria, also smiling.
Doctor Who/CoC Campaign:
(viewforum.php?f=176)The Terror Out of Time
(viewforum.php?f=191)]The Ninth Planet
The Shadow Over Dunwich
The Brotherhood of Death
The Horror in the Blackout
The Masque of Nyarlathotep
Top

Once both women are on board and have been given something of a quick tour, the owner/pilot scurries off to the controls and sets off in the direction of Little Windward Island.

"Be there two, three hour," he says, oblivious to any protests. Whether due to his limited command of English, or for some other reason, he doesn't seem to think that this might have been an unplanned excursion. The two workmen try to make it as much of a pleasure cruise as possible, most of the hard labor either completed or yet to come. By the time the boat reaches the island, the sun has set. It has to be admitted that the island is a lovely place, the mansion overlooking a small harbor where the boat comes to rest, moon and stars reflected in the calm water. After tying up the boat, the two workers start unloading the supplies. They must have done this at least once or twice before, as they know exactly where to carry the stuff, in the rear of the house. The owner/pilot remains on board, smoking and humming to himself.

"Leave with tide, you here or not," he tells everyone else. This would probably be just before dawn.

Meanwhile, a fairly young, handsome, well-dressed man emerges from the front of the house. He seems to have been expecting guests.
Top

"Hi, Sky, I'm Vicki," says Victoria. "This is a nice place."
Doctor Who/CoC Campaign:
(viewforum.php?f=176)The Terror Out of Time
(viewforum.php?f=191)]The Ninth Planet
The Shadow Over Dunwich
The Brotherhood of Death
The Horror in the Blackout
The Masque of Nyarlathotep
Top

"Pleased to meet you. My wife should be down in a few minutes. She's very sensitive to bright sunlight; you know the way it reflects off the water. Gives her migraines, so she usually stays in her room until the sun goes down. Meanwhile, can I get you folks something to drink?"

The two men are glad to accept some excellent European beer, and Sky has a fine selection of imported mineral water for those who don't indulge.

"Let me give you the grand tour."

He shows his guests his collection of paintings, including one entitled A View of South Wales. Unlike the others, it is encased in an alarmed glass frame, although it appears to be a rather ordinary landscape painting. During the ensuing discussion of art, the two workmen drift off, apparently not very interested.

"Ah, there you are, darling. Meet a couple of new acquaintances." 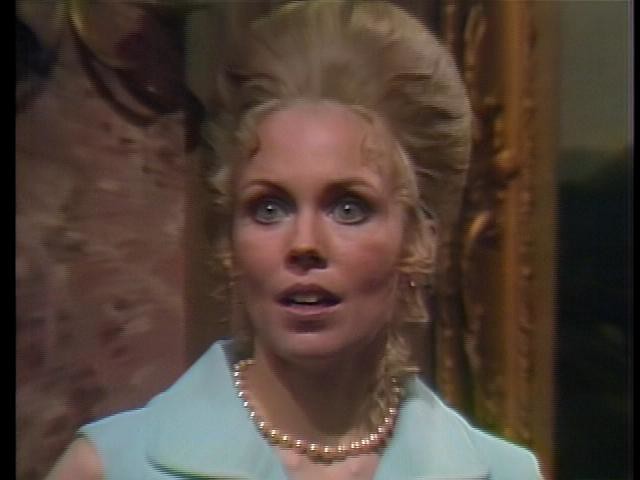 "I'm Vicky," says Victoria with a smile. "Pleased to meet you."
Doctor Who/CoC Campaign:
(viewforum.php?f=176)The Terror Out of Time
(viewforum.php?f=191)]The Ninth Planet
The Shadow Over Dunwich
The Brotherhood of Death
The Horror in the Blackout
The Masque of Nyarlathotep
Top

Maggie glances at Vix when Sky mentions his wife being sensitive to sunlight, but greets the woman herself with a bright smile. "Hi, I'm Maggie. You have some great paintings here."

(She has one beer, but otherwise sticks to the mineral water, not wanting to get drunk).
Top

"Forgive me. It takes me a while to recover from my migraines. Please call me Angelique. I'm sure we'll be good friends, although I'm not sure if I should encourage Sky to keep company with such lovely young women," she adds with a laugh.

Turning to the encased painting, she says "There was a lady who was quite interested in this work, wasn't there, dear?"

"Not for sale at any price," Sky says.

Casual conversation follows well into the night, as well as a wide variety of light foods, prepared by Sky himself, who doesn't seem to have hired any servants, despite his obvious wealth.

"I'm afraid you're stuck here until the captain says it's time to return to the mainland," Sky says. "Not even I could convince to leave until he says it's time. I suspect the two gentlemen who came with you are sleeping it off somewhere. If you're tired, I have plenty of guest rooms, and even a change of clothing; we have frequent overnight guests. There's no need for you to leave at dawn if you'd rather spend the night and the next day."
Top

Victoria has only had the mineral water, still being too young to drink beer. "Thank you for your hospitality," says Victoria. "We'll just need to make a couple of phone calls to let people know we won't be back today."
Doctor Who/CoC Campaign:
(viewforum.php?f=176)The Terror Out of Time
(viewforum.php?f=191)]The Ninth Planet
The Shadow Over Dunwich
The Brotherhood of Death
The Horror in the Blackout
The Masque of Nyarlathotep
Top

"Oh, well, I'm afraid they haven't laid a cable from the island to the mainland yet. I don't suppose you know anybody with a shortwave radio set, do you? That's how I keep in communication with my offices in New York and Boston. I'm a bit of a ham, you see. Uh, I mean amateur radio enthusiast, not a bad actor," Sky says with a chuckle. "I keep the equipment in the basement--"

"I don't think our guests are interested in all that," Angelique says. "Why don't you show them the observation deck? It's a fine night for stargazing. I'll go freshen up."

As Angelique excuses herself, Sky takes the women outside to a large outside deck, facing away from the mainland. With most of the light from the shore blocked by the mansion, the Milky Way glows overhead. There's a telescope facing the open sea, and Sky, true to his nickname, takes great pleasure in showing his guests the wonders of the heavens. In a lot of ways, he's like a much young man, fond of his hobbies.

When Angelique returns, after some time, she seems much brighter, her cheeks flushed pink and her eyes sparkling.
Top
Post Reply
287 posts