Backstory:Born in Brooklyn, but grew up in a New Jersey slum. He did well in high school and got into NYU law, but flunked out. Moved to Chicago in 1909 where he eked out a living gambling and running errands for the mafia. Made some underworld connections during that time. Started a Private Investigation firm along with his old college chum Jack Cicotte in 1919. Together they cracked a few high profile cases like the Ocean County Union scam, and the case of the Swami's ring. Fell into drinking after his divorce.

Personal Description: Morbidly obese, 320 lbs. Skin problems, bum knee, weak heart, 5'9". Smokes and drinks a lot. He carries a .38 revolver and waves it around when he's drunk. His only redeeming features are that he's smart and he's good at his job.

Ideology / Beliefs: Raised Irish Catholic but is generally non-religious unless he's under fire. That is, actual gunfire. A recent brush with the supernatural has changed him in as yet unseen ways. He has become increasingly more interested in the occult.

Significant People: Now that Max's former business partner Jack Cicotte is deceased, Jack's brother, Eddie "Knuckles" Cicotte, is Max's only friend. Jack had a secretary Helen Mussida. She's not Max's biggest fan, but has proven several times to be a trustworthy accessory. Max has an ex-wife somewhere who hates him. No children as far as he knows. Mayor Jimmy Collins murdered his partner, and is key to understanding the sinister forces at work in Chicago. Dr. Rudolf Hensch at the institute has been Max's anchor to reality over the last several years, or possibly his tormentor. Either way, Max has a bullet with his name on it.

Meaningful Locations: Grew up in the Irish district of Newark's East Ward, south of Branch Brook Park between Central and Springfield. Moved to the East side of Chicago as a young adult. A fire ravaged his former PI office at 35th and Halstead and claimed the life of his partner. Has returned to the Union Theater in Chicago several times for reasons not completely understood by Max.

Key connection: Vengeance on Jimmy Collins for the murder of Jack Cicotte

BOOKS (see page 1 of Chap 1 for effects)
an anthology called Witches of the Sea, talks about a cross artifact and refers to Shanghai
a volume of poems called People of the Monolith (0/7 days)
a book called Nameless Cults (6 / 120 days)

Pamphlet of the Hermetic Order of the Golden Dawn. (asked Helen to track them down)
Last edited by Basketvector on Mon Sep 02, 2019 1:52 am, edited 19 times in total.
Top 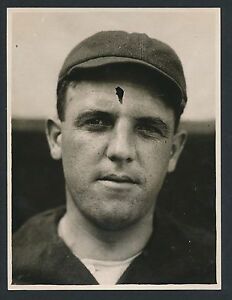 Backstory: Eddie "Knuckles" Cicotte was a starting pitcher and a knuckleball specialist who won 208 games and lost 149 over the course of a 14-year career pitching for the Detroit Tigers, Boston Red Sox, and White Sox. He was often accused of greasing his balls but no umpire could catch him in the act.

Eddie's best year was 1917, when he won 28 games and led the league in wins, ERA, and innings pitched. On April 13 he threw a no hitter against the St. Louis Browns. That year, the White Sox went to the World Series, defeating the New York Giants 4 games to 2. Cicotte won Game 1, lost Game 3, and pitched six innings of relief in Game 5 for a no-decision.

Injuries reduced Cicotte to a 12-19 record in 1918, but in 1919, he rebounded to win 29 games and once again lead the league in wins, winning percentage, and innings pitched, as well as in complete games. His 1919 salary was $6,000, but he had a provision for a $10,000 bonus if he won 30 games. As the season drew to a close, owner Charles Comiskey ordered manager Kid Gleason to bench Cicotte, denying him a chance at a 30-win season and the bonus money. Some have speculated this was his motivation for throwing the 1919 world series.

In 1920 Cicotte along with seven other Chicago White Sox players (One of which was Shoeless Joe Jackson) were banned for life from the MLB for taking mob money to fix the 1919 world series. These players were nick named the Chicago Black Sox and and to this day are considered the most scandilous players in sports history.

After his ban from baseball, Eddie Cicotte entered into a deep depression and became a reclusive drunk. Very rarely leaving his small appartment, Eddie spends what remains of his payoff cash on booze and women. Hated by Chicago, Eddie has grown angry and bitter. The guilt of his actions have kept him from moving away. The only places in town who will even take Eddie in are mob owned pubs and casinos who tolerate Eddie because of all the money he made the mob during the 1919 world series. Eddie considers his degredation and self loathing pennance for his cheating ways. Whether or not his guilt will save or consume him remains to be seen.

Personal Description: Eddie is is slim but strong. The booze and psychosis has aged him but he still has the cicotte charm.

Ideology / Beliefs: Eddie isn't much for a belief system any longer. His decisions are made quickly and heavily dependent on his current mood or state of mind. He feels guilt for his part in the Notorious Black Sox scandal which causes him to make rash decisions from time to time for the good or the bad. 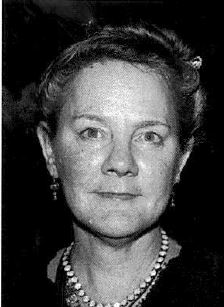 Traits: Prone to delusions of grandeur. Hallucinates wildly from his past. Mainly centred on his time as a Pitcher for the White Sox but may also draw upon memories of his childhood and family in Detroit whom he had denied and forgotten in his confident but delusional state.

FREE POINTS TO SPEND: 50 (from Conceal which is no longer a skill) - Maybe should go into Sleight of Hand, a new skill? Same basic function.