Play by Post game boards for Call of Cthulhu and Horror RPGs
http://www.callofcthulhu.org.uk/pbp/

by HoneyDog
You can post your character details here. We have:

Henry Glynn is a handsome young author of ghost stories based in Arkhan, MA. His late father Henry Glynn Snr was a Professor at Harvard University. Henry didn't follow his father's path into academia but instead spent some time in Iowa maintaining farm machinery before moving back east to pursue his ambition to become a writer. Henry's early work was cliche ridden with little literary worth however a novella, The Ghastly Chamber, achieved modest sales and kept Henry afloat just as his inheritance was about to run out. Henry published a second novella The Curse of the Gold Sarcophagus which had an altogether different quality and hinted at the Mythos. He is working on a third book, The Music of Dr Cazlab which continues the Mythos theme. 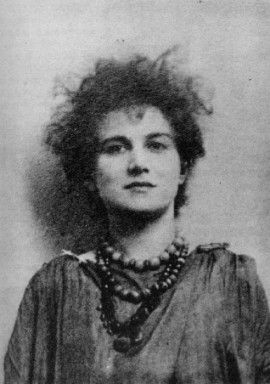 Spoiler:
Background:
Isadora was born in India, in the family of an influential and wealthy Colonial Service officer. She had a sheltered childhood, with nannies and tutors watching her every step. She was a quiet, introverted daydreamer, deeply immersed in her own fantasies. The family decided to send her off to a private school in Switzerland, hoping that the company of peers would help her open up a little. Isadora did become a bit more sociable, although mostly by dragging her schoolmates into her elaborate fantasies. Her vivid descriptions of other worlds and weird proved to be infectious, especially in the environment of an all-girl establishment. Isadora and her friends also dabbled in the occult, in their naïve way, held small séances… They didn’t have much success (which is probably for the best!!), but from that time Isadora became interested in the occult, seeing it as a possible bridge between her fantasies and the "real" world.

It also became evident, that Isadora was a talented artist; although she was, once again, more interested in depicting the weird shapes from inside her mind, her dream-like visions, than painting still lives with flowers and realistic landscapes.

Upon finishing school, Isadora decided to pursue art and her father was ready to finance her career. She moved to Paris and began to study painting. But the bohemian social circle, the constant drama and anxiety, and also her forays into the occult turned out to be very bad for her health. Before this her inner dream world was a place full of light and hopes. But now strange, terrifying creatures began appearing in them… She had a serious nervous breakdown, disappeared, and was found three days later in a small village 50 miles from Paris, in a near catatonic state.

This forced her to interrupt her studies and go back to Switzerland – this time to a psychiatric clinic deep in the mountains, led by Dr. Jakob Klaesi. Here Isadora underwent many different experimental treatments, including deep sleep therapy. But not even hypnosis could recover any memories about her three day black-out and disappearance. After months of therapy, her superficial neurotic problems were "cured", but she was plunged back into her dream worlds, deeper than ever before.

After a short break, she returned to her art, now drawing and painting more than ever.

At the same time, a certain George Auden from Boston was staying at Dr. Klaesi's clinic as well. Auden, heir to a major American industrialist, was recovering after the trauma he received when the ship he was travelling on was torpedoed by a German U-Boat. He was a connoisseur of arts and member of a Theosophical Society, so no wonder he became infatuated at first with Isadora's paintings and then with her as well. Isadora didn't fall in love with George (she could never establish deep connections with other people), but enjoyed his profound fascination, and they also shared many interests, supernatural experimentation included. After the end of the war, they got married and moved to the States, to Boston.

Now she resides in Boston, attending the meetings of Auden's Theosophical Society, working on her paintings (sometimes she has small exhibitions), pursuing her interest in the supernatural.

Short version/timeline:
Secluded childhood -> Private school in Switzerland -> Studies in Paris -> Disappearance -> Psychiatric clinic in Switzerland -> Meeting with George Auden -> Move to Boston
Experience:
Her first encounter was The Haunting of Corbitt House, then the Edge of Darkness, The Madman, and, recently, the case of the mad trumpeter in Dead Man Stomp... How much pain and suffering one (and one's husband...) must endure?

by HoneyDog
The Music of Dr Cazlab is the best title ever. I demand a scenario! 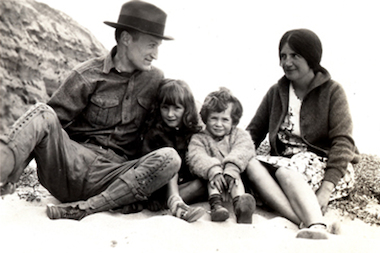 Norman Owens with his sister and her children.

Appearance & Personality: Norman is of unremarkable appearance; brown, graying hair worn short, no facial hair. His time outdoors has given him a deep tan and a somewhat ‘weathered’ appearance. He has lost the tips of two fingers on his left hand due to frostbite, which he attempts to conceal. In daily life he wears a business suit, although his clothes are in good condition they are obviously not recent purchases.

He is quite self-reliant and is used to being alone for long periods, so he can appear a bit aloof. Very well-read and knowledgeable with a great interest in other cultures and environments. Generally, a calm and thoughtful individual, not prone to excitable outbursts.

Background: Norman comes from a middle-class family who made enough money through business and land ownership to send their children to university. He hails from rural Washington State where he spent a lot of his youth roaming the woods and mountains; camping, hunting and fishing, developing his love of the outdoors and the skills needed to survive in it. At Harvard he studied biology and zoology. Although not a natural student, he applied himself very seriously to his studies, and this combined with his outdoor skills led to him being asked to accompany his professor to Svarlbard to study the local fauna. Here, he enjoyed the peace and solitude of the Arctic so much he decided to abandon his planned post-graduate degree and instead devote his time to learning more about the polar regions and how to survive there.

He accepted a commission from a Harvard anthropologist to help study the migratory patterns of the Sami reindeer herds in Finland, but disaster struck the expedition and some members lost their lives. Norman was not to blame for what happened, and his reputation did not suffer, but he still feels some responsibility which led to him deciding to stay on in Finland, working with locals to survey the far north wilderness regions.

During the civil war following independence from Russia in 1917 Norman followed his friends and fought for the ‘Whites’, the anti-socialist forces, but grew weary of the brutality of the fighting. He returned to the US to seek new opportunities, choosing Boston to be close to his contacts at Harvard.

He is beginning to run low on funds; although he could ask his parents, pride and self-sufficiency demand he goes his own way.

Family Members: Norman has a younger sister studying at the University of California. His parents, Beatrice and Howard, would like him to return to Washington to enter the family business, but they are realistic enough to know that he is compelled to choose his own way in life. Appearance & Personality: Alice Stanton is a tall, attractive brunette with a bubbly personality. She is always cheerful, and no matter how bad things get, she never lets them get her down. She is very good with people, and she is always interested in meeting new ones.

Background: After graduating from Miskatonic University, Alice was hired there as Professor Putnam's secretary, replacing his previous secretary who had just retired. Alice is dedicated to helping him, making sure his office is well-organized and that his schedule is free of conflicts. She is still single. She longs to fall in love, though she has yet to meet the man of her dreams.

Skills: (professional one in italics, .private preceded by a dot; non-base scores bolded)