The Bridgewater State Normal School (BSNS) was founded in 1840 and primarily used for future teachers. Mostly for secondary schools but a few higher education courses for college instructors and courses on teaching basics for professionals who want to teach secondary and college level courses. Predominatly a college for women, about 10% of the student body are men. The majority of the women students stay at the Woodward dorm that was rebuilt just 2 years ago after the original building burned down in 1924. The majority of men stayed off campus.

The Bridgewater Preservation society (BPS) was founded in 1847. Originally organized by the faculty and students of the BSNS but quickly opened to citizens of Bridgewater and the surrounding area to maintain the history and culture of the city of Bridgewater and the local area including the Hockomock Swamp. It soon became an investigative organization that follow up on stories that the police deem unexplainable. With all the stories of Big Foot, Thunder Birds, Indian curses, floating lights and more, the group has taken it upon themselves to try and put some explanation to these phenomina.

The library here holds several thousand books, but is still relatively small compared to other colleges in the closer bigger cities. It does sport a special section used for storing the more obscure cases the BPS has documented as well as a few books that need to be locked away for teaching courses to professors destined for Miskatonic University. The librarian, Mr. Edwin Nichols, is an elderly gentleman or perhaps 70 to 80, who always seems to be calm and calculating.

Tobias stepped down from his car and closed his car door with a loud, audible thump. He studied the map for a few seconds before muttering, "Yep. This is it." The Bridgewater State Normal School Library had been a place of notoriety on the Miskatonic University's campus, and his professors had all actively encouraged him come here to complete further studies and all assigned coursework. It did have a lovely collection of books and are in an exchange agreement with Miskatonic University, after all.
My Call of Cthulhu Campaigns:
Dead Men Walking (Looking for new members)
Top

Maria sneaks into the library and takes a seat at the back, hoping no-one will recognize her. This was her school, but luckily she hasn’t seen any of her former teachers. Mr. Nichols probably wouldn’t remember her, she wasn’t a very diligent student. Now that she’s a high-flying (or soon to be) designer, she’s getting sensitive about her image. Silly, she knows, but still. A lot of people have laughed at her convictions regarding the Hockomock Swamp over the years, and she doesn’t want to give them any ammunition.

She couldn’t resist after seeing the flyer though. And it’s a good excuse to get out of the house. While it’s lovely being back with her family, the questions regarding her marital situation are beginning to get tedious. She will be glad to get back to the freedom of New York. She wonders what the evening will hold?
Top

Tobias Jerkins enters the library after carefully parking his Ford outside. He navigated through the hallway, and failed to find any staff members in this foreign building. He wandered aimlessly, until he saw a woman of modest build walking in front of him, with her back to him. She didn't notice he was behind her yet. "Hello, mademoiselle, can I trouble you with directions? I'm trying to find the librarian-in-charge right now...well, the directions to the administrations office would work fine as well." He said charmingly, with what appears to be a polite smile. 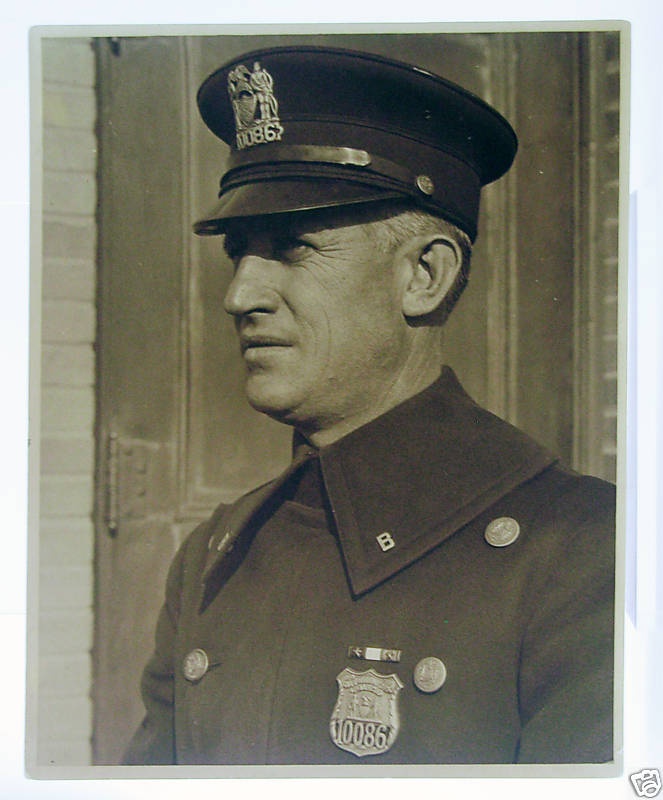 Eddie Donovan enters the the library, looking around. His contacts had tipped him off about the BPS and its investigations into the unusual. It has been some time since he has done anything along those lines. He wears a dark suit and tie, not wanting to advertise the fact that he is a police officer just yet. Some people clam up around cops.
Doctor Who/Call of Cthulhu Campaign:
(viewforum.php?f=176)The Terror Out of Time
The Ninth Planet
The Shadow Over Dunwich
The Brotherhood of Death
The Horror in the Blackout
Top

As a reporter for one of Bridgewater's local daily newspapers, Bret Parker has heard a growing number of curious stories in recent years and has taken to doing a little unofficial research of his own. This latest business with the Hockomock Swamp strikes him as warranting further investigation. Knowing of the records held by the BPS here on local phenomena, he has come along to see if he can learn anything interesting. Entering the library he recognizes the elderly librarian Mr. Nichols and nods in greeting.
Top

Mr. Nichols looks up from the old book he has been reading, setting a cup of tea to the side. "Good evening everyone. I see some new faces as well as familiar ones. So glad you all made it tonight."

The elderly gentleman takes the time to go shake everyone's hand, he has a whiff of mothballs to him, as elderly people seem to have sometimes. He produces a kettle of hot water and offers everyone tea or coffee.
"Today I found a rather odd article in the newspaper. Buried at the end." He pulls out the newsclipping and passes it around for everyone to see. "What do you think of it?" Bret helps himself to a coffee and lights a cigarette. "My newspaper ran the story although I didn't interview Mr. Jenkins personally. It's interesting. Doesn't the legend of ghostly hounds go back to olden days?"
Top

Tobias shook his head, "Newspapers really do print whatever sensationalist headline they can think of, don't they? The old man is seeing things."
My Call of Cthulhu Campaigns:
Dead Men Walking (Looking for new members)
Top

“Don’t be too quick to dismiss him” says Maria quietly. “This area has a long history of unusual events”.
Top

Tobias sighed lightly, "Unusual or not, there's a logical sequence of events that all things follow. If this...'hound' described within the newspaper existed, then it's been alive for hundreds of years. The simplest and the most obvious explanation for this is hysteria, or that the farmer is lying. Whatever the case, I believe in gathering evidence for and against all hypothesises and stick with the most reasonable one."
My Call of Cthulhu Campaigns:
Dead Men Walking (Looking for new members)
Top

"I don't recollect anyone saying that the hound in question has been alive for hundreds of years" replies Maria, mildly.
Top 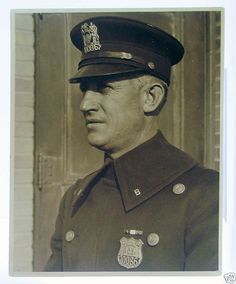 "We also don't know if it's only one hound," points out Eddie. "There could be a family of them. That would explain something like the Loch Ness Monster, which has been sighted by many people for centuries. In any case, something is eating those chickens. If we want to find out what, we'll need to stake the place out."
Doctor Who/Call of Cthulhu Campaign:
(viewforum.php?f=176)The Terror Out of Time
The Ninth Planet
The Shadow Over Dunwich
The Brotherhood of Death
The Horror in the Blackout
Top

"It would be a better idea to talk with nearby residents and gain a competent understanding of surrounding areas before performing a stake-out.
Furthermore, it would be impolite to not have a talk with the owner of the farm first. Only then can we confirm the validity of this...insubstantial blather." Tobias motioned dismissively, before further commenting, "Well,at least I finally know why the professors had been so eager to get me to go here. They just wanted me out of their hair."
My Call of Cthulhu Campaigns:
Dead Men Walking (Looking for new members)
Top

"Yes, of course we should talk to them first," says Eddie. "We can also do some research into similar things that have happened in the past, and this is just the place to do it."
Doctor Who/Call of Cthulhu Campaign:
(viewforum.php?f=176)The Terror Out of Time
The Ninth Planet
The Shadow Over Dunwich
The Brotherhood of Death
The Horror in the Blackout
Top

Tobias nodded in agreement. Did a light stretch and walked towards the shelves upon shelves filled with books on nearly every single damned subject imaginable. He grunted, "It's going to be a loooong day."

Mr. Nichols opens up the special section of the library that hold more 'supernatural' reading material. "You are correct, there have been ghostly hound reports going back at least a couple hundred years, but none in the last couple of decades as far as I can remember. But of course you never know with people. I think it is worth it for you to at least go talk to the farmer."

”I'll be happy to talk to the farmer" says Maria. "I know the area".
Top

Sensing a story, Bret readily agrees to interview Mr. Jenkins, and offers the lady a ride along. In the meantime he joins the university student in perusing the shelves for anything related to odd happenings in the swamp area.

Tobias stared at the collection of newspaper clipping from various newspaper companies stretching the 1800s to the recent years, the esoteric ramblings of the residents who lived closely to the hockmock swamp. In other words, no physical evidence except anectdotes and wild theories presented by the press. With a grunt, Tobias pulled at three volumes of collected newspaper publications thicker than the bible down from the shelves and gingerly placed them onto the table. He stared at the journalist, "Alright. I'm going to search through the books to see if I can find a more...accurate description of the ghostly hounds than 'black as midnight', that, an' whether there's any patterns to the appearance of this Hockmock Hound. I'd say it'll be quite an interesting find if their recorded appearances all ended up coinciding with nearby financial crises, wouldn't you say?"

Tobias stared at the pile of books before him and shook his head lightly, "I think there'sa few more of them down there, besides the archives' section. Mister Journalist. Of course, you're welcome to take whichever book that takes you fancy before you as well."
My Call of Cthulhu Campaigns:
Dead Men Walking (Looking for new members)
Top
Post Reply
70 posts

Users browsing this forum: No registered users and 2 guests