The Curse of Nineveh is a seven-part campaign for Call of Cthulhu set in London, in the summer of 1925. The investigators find themselves embroiled in the events that surround the return of an expedition from Nineveh and a terrible curse that they brought back with them.

The fog begins to lift from your head and the stomach cramps have lessened to a steady dull ache.

As you open your eyes, pain lances through your skull as the bright light really hurts causing you wince and close your eyes. You try to focus on what happened but all you can remember after the sight of Grant proposing a toast are dreams ... terrible dreams where you seem trapped in some kind of brick labyrinth which you sense is almost endless. Rolling thunder crashes overhead whilst terrible, inhuman voices chant rhythmically at the edge of your consciousness.

As you eventually are able to open your eyes, you find yourself in an unfamiliar four berth cabin. As your eyes adjust to the light, which in reality is at a pretty low level. you notice that there are others that you recognise from the party, though you may not yet know their names. As Tommy (randomly chosen) is about to ask what is going on but he is interrupted by an echoing howl, agonised, long and filled with anguish, it reverberates throughout the wood paneled walls of the paddle steamer.

The following people are in the cabin;-

Playing;
Paris: City of Tears
Horror on the Orient Express

"What the devil was that?" Tommy shakes his head in an attempt to clear it. "Feel like I've gone ten rounds with Dempsey. Must have been knock out drops."

He notices Cynthia nearby. "Are you all right? Is there anything I can do?"
Top

"I...I think so..." mumbles Cynthia, sitting up. "What happened? How did we get here?" She looks around and spots her friend. "Melissa, are you okay?"
Doctor Who/CoC Campaign:
(viewforum.php?f=176)The Terror Out of Time
(viewforum.php?f=191)]The Ninth Planet
The Shadow Over Dunwich
The Brotherhood of Death
The Horror in the Blackout
The Masque of Nyarlathotep
Top

When Henry comes to he will start to feel around the cabin while his eyes adjust to the new lighting. When he hears Tommy and Cynthia speaking he calls out, "Wh- what happened? Is anyone injured?"
Top

Father Mason opens his eyes, feeling horribly, yet unmistakably alive. There you go Edward, you thought your Lord was finished with you, but it seems you'll have to wait a little more. He tries to stand up, failing miserably.

Henry Boles groans when he tries to move but once he hears the young man mention knock out drops, he suspects that he is right, in one form or another, some form of poisoning at least. "Y - yes I think you are right young man. Some form of poisoning agent must have been introduced at some point. But where is everyone else?"

In the cabin there are four bunks, two chests of drawers and a large wardrobe. As you pat down your pockets you realise that your belongings are missing. "My pen, my other items seem to have been taken - by the people responsible I presume." As he tries to stand up his legs buckle underneath him and he cries out but manages to catch himself at the last moment before he falls down, but not before he strikes his head a glancing blow against the wardrobe.
Playing;
Paris: City of Tears
Horror on the Orient Express

Cynthia gasps when Henry falls. She is unwilling to try to stand herself yet, as the room is still swaying, and she isn't sure if it's due to the drugging or the fact that they're on a boat - or both. Instead, she scoots over to him to see if she can help.
Doctor Who/CoC Campaign:
(viewforum.php?f=176)The Terror Out of Time
(viewforum.php?f=191)]The Ninth Planet
The Shadow Over Dunwich
The Brotherhood of Death
The Horror in the Blackout
The Masque of Nyarlathotep
Top

Henry waves away Cynthia's sympathies. "N.. no my dear, I'll be fine thank you very much for your concern. But I suggest we all wait a short while before we try to become mobile."

Once more there is a loud crash followed by the inhuman moan, albeit from seemingly further away. Sounds of gunfire follow, once, twice then a roar of pure inhuman rage then a terrifying human scream, half terror half agonising pain. The silence ... and somehow the silence is more unsettling.
Playing;
Paris: City of Tears
Horror on the Orient Express 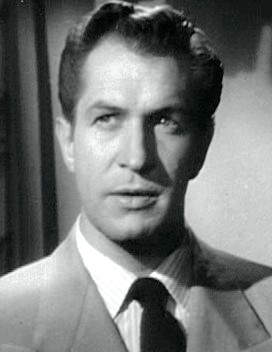 Albert finally moves a bit. He slowly opens his glassy looking eyes. He hears several voices and tries to respond, but he emits only a low groan.
Top

Cynthia swallows in fear and wraps her arms around herself. It's a nightmare, she thinks, it's got to be! Wake up, Cynthia, wake up!
Doctor Who/CoC Campaign:
(viewforum.php?f=176)The Terror Out of Time
(viewforum.php?f=191)]The Ninth Planet
The Shadow Over Dunwich
The Brotherhood of Death
The Horror in the Blackout
The Masque of Nyarlathotep
Top

Tommy paces the room restlessly. "We're in a bad way, but let's try not to panic. Looks like hoods have taken over the ship. Grant figured something like this might happen. The good news is that we're still alive. That probably means they want to hold us for ransom. As long as we're worth more alive than dead, we still got a chance. The first thing to do is to find out if we can get out of here."

He carefully tries to open the door, ready to see if anybody outside reacts.

Spoiler:
Let me know if it's OK for Tommy to have the pistol he usually carries.
Top

As Tommy tries the door he finds it locked.
Playing;
Paris: City of Tears
Horror on the Orient Express 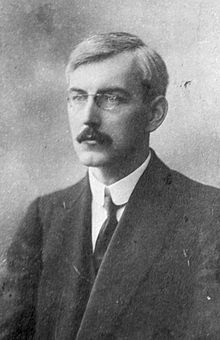 After taking some time to recover from his head injury, Henry will search the wardrobe he hit his head on. "It sounds like things are pretty bad outside of this room, and I'm not sure it is wise to wait around for our captors to return. Maybe there is something in this room we could use."
Top

Your heads quickly clear of the drug used to knock you out and soon you are back to 100% efficiency, if without any equipment.

A search of the wardrobes and drawers reveal little of interest. From the contents, you can determine that the people in this cabin, persons called Cory, Frampton and Petts did not intend to stay more than one night - if that! A change of rough clothing, poor quality shaving kits and three grey robes - all embroidered with a red hand. At the centre of the embroidered palm is a roughly shaped object that could either be a lidless eye or a mouth. From the rough and ready workmanship it is difficult to tell anything about the robes provenance.

Melissa does not seem to be recovering from the effects of the drug.
Playing;
Paris: City of Tears
Horror on the Orient Express

"This explains why the stewards' clothes don't fit," says Cynthia, getting uneasily to her feet. "They're impostors. I don't think they're holding us for ransom, though. You heard that scream. Besides, nobody could pay that much to ransom me. Melissa, maybe." She looks sadly at her friend. "She must have gotten a bigger dose than the rest of us. I don't suppose anyone knows how to pick a lock? I've got a hairpin, unless they took that too. Otherwise, we'll have to break the door down, and I'd be no good at that." She tries to hold her fears in check. In her daydreams, Douglas Fairbanks or, more recently, Rudolph Valentino would burst in and rescue her from danger, but that didn't seem too likely in the real world. They were going to have to get out of this mess themselves.
Doctor Who/CoC Campaign:
(viewforum.php?f=176)The Terror Out of Time
(viewforum.php?f=191)]The Ninth Planet
The Shadow Over Dunwich
The Brotherhood of Death
The Horror in the Blackout
The Masque of Nyarlathotep
Top

Father Mason, feeling better, stands up and walks unsteadily towards the wardrobe, picking up one of the strange gray robes.

"Odd...", he says, watching the strange symbol on the palm.

"Very odd," says Cynthia, peering at the robes. "I don't think this is what any of the passengers or crew would be wearing. Our captors must have brought them. Maybe some of us could use them as disguises."
Doctor Who/CoC Campaign:
(viewforum.php?f=176)The Terror Out of Time
(viewforum.php?f=191)]The Ninth Planet
The Shadow Over Dunwich
The Brotherhood of Death
The Horror in the Blackout
The Masque of Nyarlathotep
Top

Henry noticing that the girl called Melissa does not seem to be recovering as well as everyone else will look over her and see if she is stable. "Perhaps some of us could use those robes, but I'm worried we may also end up having to carry Miss Melissa here."
Top

Playing;
Paris: City of Tears
Horror on the Orient Express

Cynthia peers at the robes. "I've never seen the like before, but they're certainly creepy." She plucks the pin from her red hair, shaking it loose as she holds the pin out to whoever can use it.

OOC,Occult roll (10% base skill) about the robes: [dice]0[/dice] None of us has points in Locksmith, but it might be possible to use Mechanical Repair on a simple lock, which I imagine this would be.
Doctor Who/CoC Campaign:
(viewforum.php?f=176)The Terror Out of Time
(viewforum.php?f=191)]The Ninth Planet
The Shadow Over Dunwich
The Brotherhood of Death
The Horror in the Blackout
The Masque of Nyarlathotep
Top
Post Reply
213 posts

Return to “The Curse of Nineveh”