Welcome aboard the legendary and luxurious Simplon-Orient Express. Our experienced staff and lavish facilities can fulfill your every need as you travel in style across Europe. Dine on food on par with the greatest of restaurants. Enjoy a stiff drink and world class entertainment in the salon car. Rub shoulders with the elite. Rest and relax in our world-famous sleeping cars. Help solve a continent spanning threat while surviving the horrific onslaught of a dark and uncaring world, all aboard the Orient Express!


Sylvia had taken to bed early, told not to wait up by her husband after dinner- well not too early as she had been working on her newest book. Her husband had been called away by a male patient who requested him alone, likely an embarrassing personal matter. Sylvia would needle the details out of her husband later if the inclination struck her and the fog of sleep did not wipe it from her mind.

Sylvia groggily awoke to a tapping from the foyer, she rolled to her side to see that her husband had still not returned. She closed her eyes for a moment, figuring the man was just getting in now.

"Had he forgotten his keys?" She thought.

Perhaps he had, the sound of knocking on the door grew louder as she ignored it.


OOC,Take this time to describe yourself, your residence, and whatever else you feel. Welcome to [i]The Blood Red Fez[/i]
Top

"He has forgotten his keys."

Sylvia took a moment again, blinked, and then opened her eyelids. "I was just dreaming about used umbrellas, raindrops beading and falling from its spokes... used umbrellas... what an interesting idea." She was awake now. She flung back the bed covers and she scrabbled on the side table for matches to light the candle. Sleepy, half imagining that she was fourteen years old, she found her robe and slippers, and she shuffled off to her apartment door.

"Hello? I have an urgent message for a Dr. Warner?" A tiny voice calls from the other side of the heavy oak door.
Top

Sylvia placed the candle on a side table in the hallway, deliberately choosing a spot several feet from the oak door so that her body wasn't illuminated. Stood behind the door she stroked the bald head of an almost forgotten knobkerrie which had been hidden in the hatstand beneath a macintosh. She unlatched the door, opened it a crack, and peered through into the foyer. 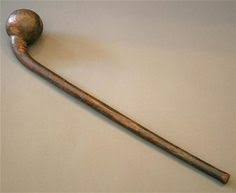 Behind the door Sylvia can vaguely make out a small figure, what seems to be a girl of seven or eight holding a paper in her hands. "I'm sorry to bother you mum, this is the Warner house isn't it?" she pipes up as the door cracks open.
Top

"Yes-- What on earth are you doing out so late?" Sylvia checks the foyer for anyone else before opening the door--in her nightgown and robe she felt self-conscious. "Is that for me?"--she meant the paper.
Top

"Messages have to go through, mum." The little girl seems relieved that she had the right address, "I don't think this is for you, it's for a Dr. Warner...unless, are you a doctor??" She asks with surprise.
Top

"Yes I suppose they must. I'm not the doctor; Dr. Warner is my husband. He's, uh, he's asleep, and I shan't wake him up. I'm his secretary, so to speak. Will you let me read the paper you're holding?"
Top

"Sure thing, mum. In fact a wife is as good as the real thing, just be sure to pass the message along as soon as you can, it sounded pretty important." The little girl passes the note through the door and wipes some of the dirt off her pant legs, "If that'll do, I'll be off then," As Sylvia reads the girl bounds away, skipping awfully cheerily for a child in her position.

The note is written in a hasty scrawl and appears to be from a friend of the Warners', Professor Julius Smith, it reads:

OOC,Give me an idea roll (your INT) to see what you know about Whitechapel.
Top

Sylvia,From what you know, Whitechapel is a pretty run down area in London. While there are a few small pockets of wealth, it is mostly poor. You know that it is a fairly dangerous area and recall that five years ago, near where Smith currently is, The Ripper killed his first victim.
Top

Sylvia placed the paper from Professor Smith on the side table so that Henry was bound to notice it when he returned from his calls. She made her way back to her bedroom. They had had dinner with the Professor only last week--some function or other doing good works. She remembered a conversation regarding the Professor's old governess and her daughter, apparently the poor woman had already miscarried once and this confinement was overdue by a week. She lived in Whitechapel. Sylvia put two and two together, made five, and--"She's now overdue by two weeks!"

She looked out of the bedroom window; it was very dark outside, the gas lamps had already switched off for the night. What time would Henry return?

"Really?" she said aloud to herself in an incredulous tone.

Sylvia pulled on ancient jodhpurs and shouldered her husband's tweed smoking jacket, and found a disused doctor's bag underneath odd shoes. She scribbled a hasty note of her whereabouts underneath the Professor's words, and then ran out the door grabbing the macintosh on her way. She prayed for a convenient taxicab.
Top

Note in place, tools at the ready, and less than fitting clothes donned, Sylvia pushed out into the night looking for a cab. It took her three blocks of walking before she came across a cab driver leaning against a small fence taking and break and having a cigarette. The man seemed quite surprised that she was out so late and insisted almost as much as Sylvia did that she take his cab. The cab procured, Sylvia was quickly on her way to Whitechapel to help the young woman in need.

OOC,You may make a final post if you would like, keep an eye here or on the OOC thread for an update, almost all of the investigators are ready to move on and when they are I will post up a new thread for you here.
Top

Sylvia studied the buttons which dimpled the cab's upholstery, reflecting on her decision to go out into the night. Her immediate wish to help--"I know I can be of use to the mother and child"--was tempered by the awkward realisation that... "Oh, no use second-guessing," thought she, and settled back.
Top

Sylvia's cab makes quick work of the winding London streets and soon enough she is in Whitechapel.

Return to “Horror on the Orient Express”